A thrilling tale of mystery, murder and espionage where the sins of one generation will be revealed by the next

You’ve seen the fallout from the Panama Papers. Now prepare for the shockwaves caused by a series of secret recordings by Panama’s former dictator. An elite few will do anything to stop their release, but only one woman is capable of finding them.

Two narratives set 30 years apart will take you through the murky underworld of CIA corruption, lies and murder, and into a thrilling chase across the islands and jungles of the Caribbean. This is an action-packed adventure that’s sure to leave you asking the difference between truth and fiction, and if anybody really knows!

Explore the true stories behind the novel below, and read through the excerpts here. 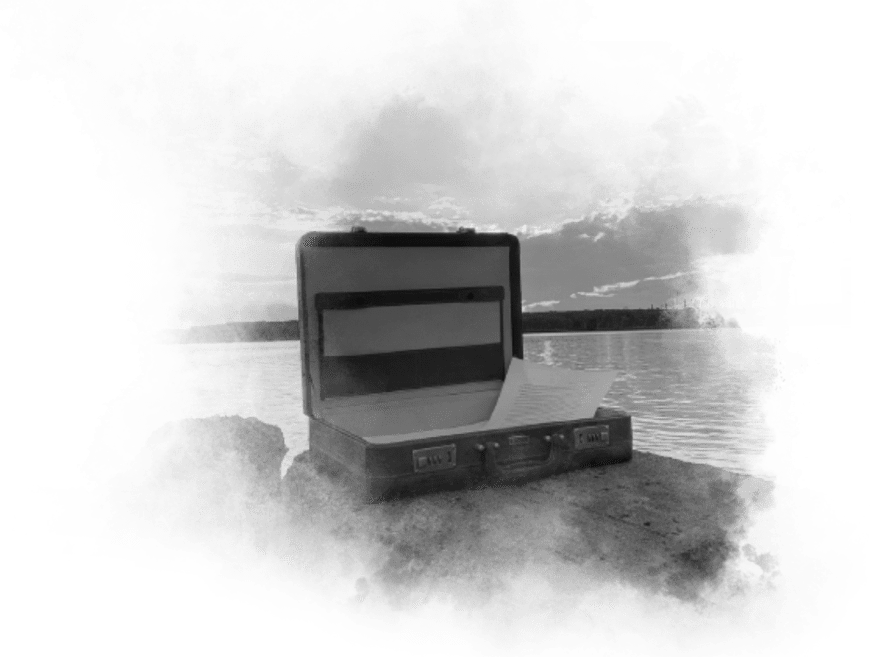 WHO WAS MANUEL NORIEGA?

In January 1990 Panama’s dictator travelled to Miami, his wrists handcuffed and his pride dealt a final humiliating blow. But beneath the ashen, hollow eyes of Manuel Noriega’s infamous mug shot were more secrets than his prosecutor, a young Robert Mueller, would ever truly uncover.

Why would the United States invade a small Central American nation, killing thousands of civilians and destroying billions of dollars’ worth of infrastructure, to arrest just one man? After all, this was a man who had long been on the CIA payroll, who had personally lounged with George H. W. Bush, and who had assisted the US in fighting communism in Latin America. What was the real reason for his capture and silencing?

The answer to those questions will never truly be known. Noriega passed away in 2017 in a Panamanian prison, and despite publishing his memoirs through the biographer Peter Eisner, the intricacies of his dealings with the CIA remain an enigma. What is certain is that behind the bars of Miami and French prisons Noriega was not going to release anything classified. For the man who knew too much, jail was by far the most convenient place for him to be. Read the full blog here.

The Murder of
Hugo Spadafora
Noriega’s Nemesis Hugo Spadafora was a bold, charismatic physician who was determined to fight for equality, to expose corruption and bring down dictators. His achievements as a guerrilla fighter gained him respect by the CIA, but he was not one to be bought by American ideologies. Despite surviving wars in West Africa, Guatemala and Nicaragua, it was his fearless pursuit of Manuel Noriega in his native Panama that ultimately led to his horrific end. On Black Friday, September 13th 1985, Spadafora returned to Panama with a briefcase containing information that he said would expose Noriega’s drug trafficking and corrupt relationship with the CIA. His body was found beneath a bridge a day later, bearing the marks of unspeakable torture. Police found his teeth nearby, but his head was never recovered. Manuel Noriega was ultimately convicted in absentia in 1993 of ordering his torture and murder, but the truth about his untimely end is still shrouded in mystery. Read the full blog here. 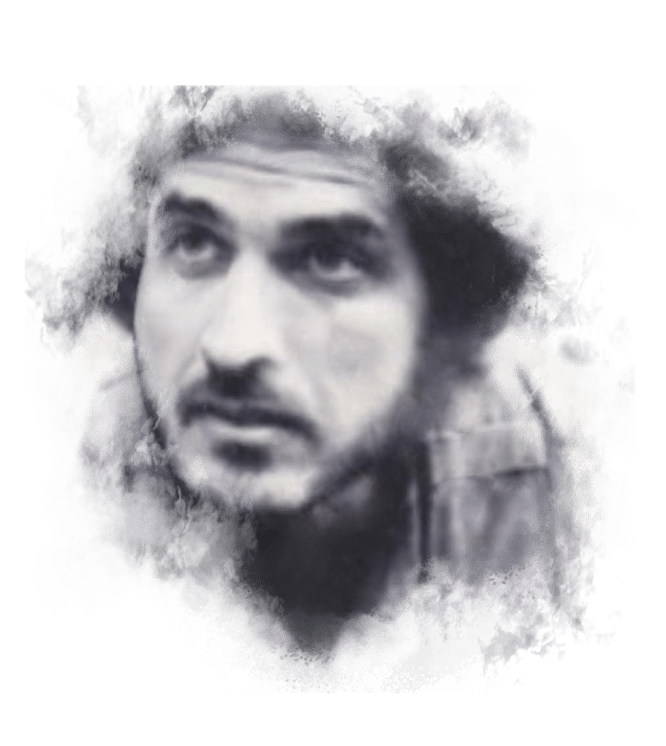 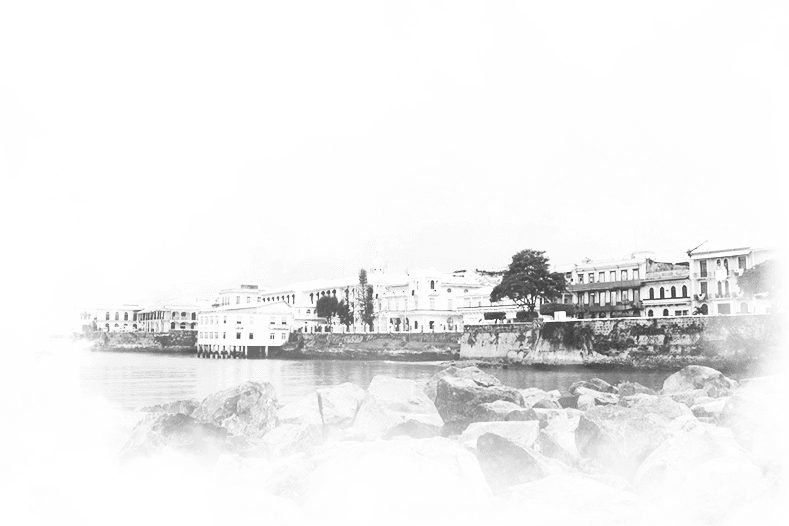 The Invasion of Panama

Above Fourth of July Avenue the Spectre gunships floated like fire-breathing galleons through the cool midnight air, their weapons fixed upon Manuel Noriega’s headquarters, the Comandancia. It was December 20th 1989, and George H.W. Bush had earlier that day ordered 27,684 troops and over 300 aircraft to apply “maximum force” to capture just one man. Red and green tracers lit up the sky above the El Chorrillo slums, and thousands of civilians ran frantically from the flames. Armoured personnel carriers and tanks stormed through the debris while paratroopers floated like spiders from a web of helicopters above. The Comandancia was decimated, sending plumes of fire and ash into the air and raining debris down on burning residential buildings and the historic colonial architecture of Casco Viejo. Further away, Noriega’s private jet and a Panamanian gunboat were destroyed by US Navy SEALs. For two weeks Noriega avoided capture, hiding out in the elaborate mansion of a business associate. With a million dollar reward offered for information leading to his capture, Noriega vacated the mansion and negotiated his way into the Vatican embassy. There he hid as the streets around the embassy became filled with spectators and journalists as the US military famously blared out rock music to intimidate the cowering dictator. Read the full blog here.

The Reagan administration in the mid-1980s was obsessed – like most of its predecessors – with stopping the scourge of communism. That included the socialist Sandinistas of Nicaragua, who had overthrown US-backed dictator Anastasio Somoza in 1979. Reagan authorised the CIA to support a band of counter-revolutionary guerrillas known as the Contras to bring down the Nicaraguan government. It didn’t matter that these Contras attacked schools, hospitals and other social reform programs introduced by the Sandinistas. Nor did it matter that rape, torture and murder were all used as methods to intimidate their opposition.

These human rights violations did matter, however, to democrat Edward Boland, who proposed ceasing all funding to the Contras by law. The Boland Amendment was signed into law by Reagan in 1982, however the machinations of the CIA continued.

Enter Lieutenant Colonel Oliver North, one of the brightest and most resourceful minds of the National Security Council. North managed the marked-up sale of US weapons direct to Iran and used the funds to continue financing the Contras through an elaborate series of shell companies.

He also engaged with Manuel Noriega, negotiating with him a plan for Noriega to assist in assassinating and sabotaging the Sandinista leadership in exchange for North helping him “clean up his image”. While the assassinations never took place, the continuing sordid relationship between North and Noriega is a mysterious story. As is North’s potential complicity in the trafficking of cocaine by Contras to the US in order to further fund their attacks.

When the Iran-Contra scandal was exposed in November 1986 North and his secretary, Fawn Hall, began what many refer to as “the shredding party”. Needless to say that when a congressional investigation was launched to examine the affair, many documents had somehow vanished.

Reagan denied knowledge of the funding of the Contras, and North was eventually convicted of three felony charges in 1989. These charges were then dismissed in 1991 and North went on to establish a career with Fox News and more recently as the president of the NRA. Read the full blog here. 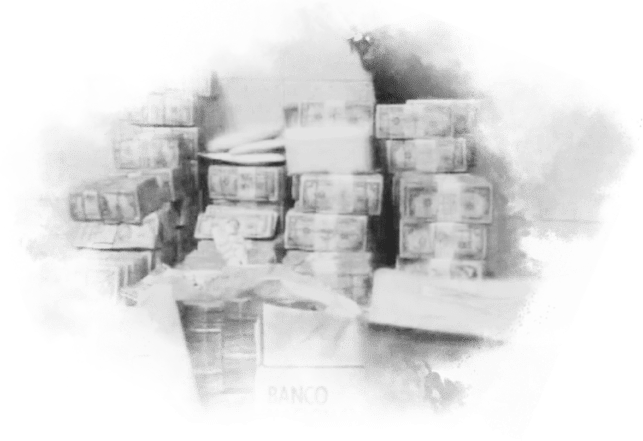